Is it time to outsource your IT Service Desk?

You are here:
Service Desk 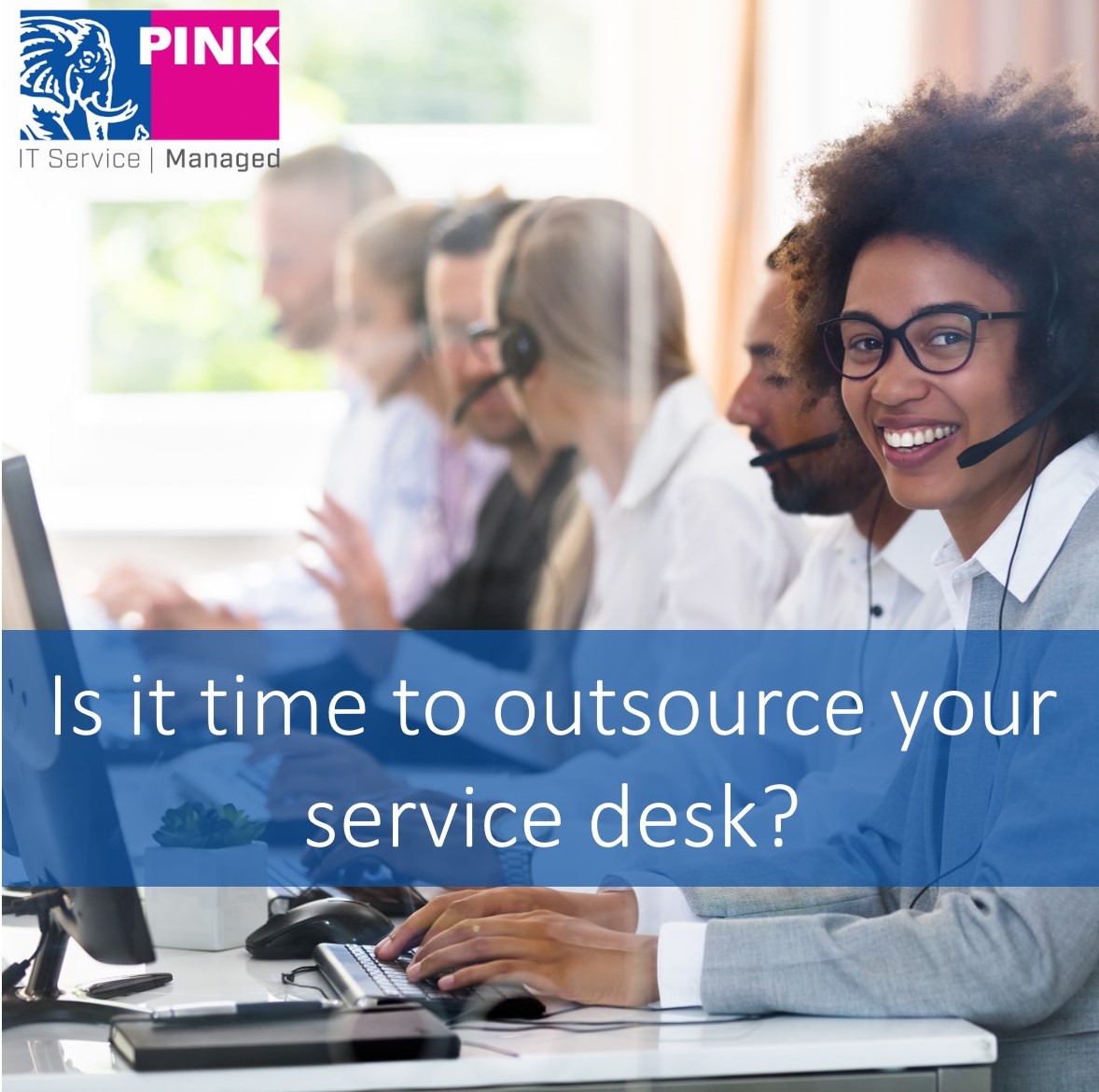 Outsourcing – it is still a viable proposition!

Business end users are benefiting from increased availability and diversity of applications and devices, driving increased expectations for technical support wherever and whenever they need it.

At the same time, cost pressures on the business are driving the need to migrate support to lower-cost channels and delivery locations. The IT Services organisation must continue to minimise the cost of downtime to the business by providing clients with a Single Point of Contact (SPOC) for all technology incidents and requests, maximising resolution on first contact through great troubleshooting capability, and managing all escalated incidents and problems through to resolution.

If you are a business owner in this economy then at some point you must have considered Technical Support and Service Desk outsourcing for your company. Although there are some benefits to having in-house staffing to field the types of phone calls and emails that come through to the Service Desk, there are a number of advantages to Technical Support and Service Desk outsourcing that you cannot afford to ignore in a slow economy, or for that matter in any economy.

Over the past ten to twenty years there has been a move to outsource the Technical Support and Service Desk function, and it appears that recently there is a move to bring the function back in-house, why is this?

I would like to propose two main reasons that organisations are unhappy with their outsourcing arrangements, and why there is a trend to reverse the situation.

Firstly, many of these outsourcing arrangements have been offshore – taking advantages of low labour costs in, particularly, Asia and Eastern Europe. To the customer of your IT Services, when they call the Service Desk, where they are calling for help is of no consequence, they simply need help with some sort of technology issue. To all intent and purpose they should feel they are calling someone on, for example, the third floor of their building. Whether they are transferred to Bangalore or Bratislava should be completely transparent. However, that has not been the case.

The Service Desk agents in these offshore locations are technically well trained, they are even given English names, and receive elocution lessons. However, whilst outsourcing the Service desk to an offshore location may yield cost savings, customer satisfaction must be a key factor when making this decision. And customer satisfaction with these offshore facilities has been generally low.

For the IT Services organisation, the Service Desk is the window through which their customers build their perception of the value of both the IT Services department and the people who run it. So if IT Customers are not satisfied with the service they receive at the Service Desk, then it will have a negative effect on the IT organisation as a whole.

Gartner identified four factors as the main contributors to customer dissatisfaction with the offshore Service Desk and the drive to bring them back in-house:

All this doesn’t mean that offshore facilities are all necessarily bad. South Africa for example has been receiving some rave reviews. It is in the same time zone as most of Europe and the UK (+ 1 hour), we are more culturally more aligned with the UK and most of Europe, English is a ‘first’ language and the dialect is acceptable (no worse than some dialects in the UK), and labour costs are very competitive.

The second reason for bringing the Service Desk back in-house is that the supplier’s DNA is based in hardware or software solutions, and not in service solutions, and this shows itself in the service offered and results in negative publicity for both the IT Services organisation, and the people running it. Let me give two examples:

In the first example an organisation recently asked Pink Elephant to provide a Service Desk analyst to work with their incumbent Service Desk supplier – as a pilot. We had been telling the organisation that we approach delivery of the Service Desk from a Customer Service perspective, backed up by robust ITIL process, so they asked us to put our money where our mouth was. The incumbent had been supplying IT infrastructure to the organisation for many years, and a few years ago the organisation asked if they could provide the people to man their Service Desk. Of course the answer was yes. But shortly after the contract had begun, complaints started to come in. This situation became more of an issue and eventually all eyes were on the CIO, and the value of the IT organisation was being questioned. The incumbent supplier had a background in technical IT solutions. The fabric, the DNA and the culture was that of technical supplier. The people on the desk were good people, technically very good – they were technicians, but had no concept of Service, they liked things to go wrong so they could go fix it, but had no idea of the priority of the business.

The second example involved one of the world’s largest IT companies and an equally large pharmaceuticals organisation. The pharmaceuticals had outsourced much of its IT, including the Service Desk to the IT supplier. Written in the outsourcing contract was a clause that after two years the provider had to have its Support processes and Service Desk facility independently assessed. The provider called in Pink Elephant, we did the assessment which culminated in a report and recommendations on how to fix problem areas. The IT provider thanked us, patted us on the head and waved us off. In the recommendations was highlighted a massive risk that they were likely to lose the contract should things not improve. The risk was ignored and 18 months later they lost a nine figure outsourcing deal.

Talking with the CIO later, he said that the provider simply didn’t understand the word SERVICE in Service Desk.

In both cases the DNA of the outsourcer was in technical issues rather than Service issues.

Outsourcing your Service Desk is still a viable option

Albeit there have been some poor experiences over the last decade outsourcing is still a viable option. Service Desk and Technical Support outsourcing is an efficient way to streamlining costs and increasing customer satisfaction – which can ultimately increase profitability of your company.

The main benefits of outsourcing the Service Desk and IT Technical Support are as follows:

A company can move its help desk outside for many reasons. Help desk outsourcing can be a strategy in itself. On its own, it can help a business achieve specific and numerous targets or goals. But logically, the practice may also have its own set of setbacks.

For the ‘cons’, Service Desk outsourcing can possibly make a company lose its control over training, although it would stipulate what skills and competencies are required – it is up to the outsourcer to ensure its personnel have the required skills. The management may worry that the function may lose some nuances. It would also have to turnover specific parts of its operations to an external vendor, which can raise issues in terms of privacy and trading secrets, but with the right contract in place this shouldn’t be an issue.

Some companies express their worry that Service Desk outsourcing personnel may possibly lack concern for the consumers/customers. This logically is a serious concern because most clients are sensitive over such matter. If Service Desk representatives of the outsourcing vendor are not professional and polite enough, it can surely reflect not on the outsourcing firm but on the company that pays for the service.

Lastly, in a Service Desk outsourcing setup which is off-site, the company would have to get used to having remote personnel. The supplier can be operating in another country. As described above, there can be cultural differences that may show in the service. Businesses that prefer to keep its staff socially and culturally intact will also have inevitable issues with offshore outsourcing.

In many cases, companies are blindsided by the disadvantages, which should not turn businesses against Service Desk and Technical Support outsourcing. Through recognising such setbacks, obstacles to effective Service Desk outsourcing can be properly managed as well as overcome. It is still very much a viable proposition.

For more info on our Managed Services, click here.

For more info on our Consulting Services, click here.

Pink Elephant can TEACH YOU how to do it, ASSIST YOU to do it, DO IT for you, or AUTOMATE it.

Watch this FREE video: Taking the Service Desk to the next level: an Opportunity for IT Pro’s!
June 2, 2020

4 ways that ITAM is going to change in a world that is no longer organised within a physical office!
May 21, 2020
SEARCH
CATEGORIES
FEATURED
Go to Top